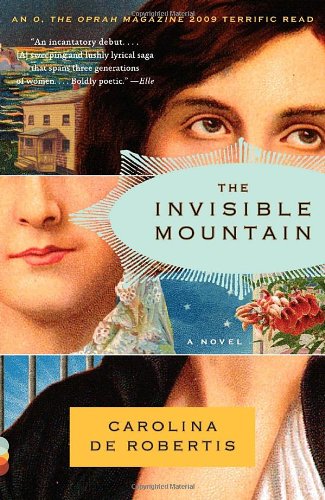 This is a book that will make you want to fly to Uruguay and walk the streets of the first village you come to, knocking on doors and asking if you might come in to listen to stories told by whoever might be living there.

Uruguay as portrayed here is magical, beautiful, and filled with people whose childhoods and family histories are enormously captivating.  Part of this atmosphere is conveyed through the use of a splash of magical realism in the first third of the book—though if you’re not a fan of magical realism, please be assured that there’s not too much of it to be annoyingly confusing, nor does it distract from the main plot in any way. There’s just the right amount, and it’s skillfully employed: the author gradually stops using it until, by the middle of the book, it’s gone. The book progresses in time from 1900 to 1960, and the use of magical realism to inform only the first few decades of the century felt perfectly appropriate to me because it mirrors the way in which family ancestral stories far removed from our memories can take on certain magical qualities, while the more recent past feels more mundane.

The last third of the book deals with historically accurate Uruguayan political events, and though I was less intrigued by some of these characters, I appreciated learning about the Tupamaros and the events of the late ’60s and early ’70s.

Excerpt:
She didn’t have the answer to his question. It might have taken much longer if it hadn’t been for the second homecoming. Years afterward, as a grey-haired woman trying to understand her granddaughter Salomé, holding her thin hand on a rattling bus after fifteen years of fearing for her life, Pajarita would think back to this year, 1930, the year of homecomings, and decide that there must have been a magnet, some cosmic unseen magnet that attracted—instead of pots and nails—the men she loved back home, just as Salomé was coming home now, like some miraculous, emaciated changeling. Such things do happen; all kinds of ore lies buried inside lives, and surely people can’t see all the forces that push them, draw them, hold them up. Sometimes you call the forces forward yourself, without knowing that you’ve done so. In the year of homecomings, in 1930, two weeks before Ignazio came home, Pajarita had knelt before a ceramic statue of San Antonio and prayed on Coco’s behalf….

Late one night, a knock sounded at the door. Ignazio had been home a month, and they sat in the living room, listening to the winter rains.
“Are you expecting anyone?”
She shook her head. More knocking.
Ignazio stood, looking wary. “Who is it?”
“Pajarita?”
The voice pushed at her, made her rise and grasp the knob and turn and pull and there he was. Artigas. Drenched  and shivering under a too-small umbrella. Overgrown hair clung to his head. He held hands with a little girl, about five years old, a mulata with Artigas’ hazel eyes. She was also wet. She stared up at Pajarita.
Artigas said, “Are you going to let us in?”
She motioned for them to enter. Her brother dripped onto the rug. She could taste the verdant plains of Tacuarembó, the hot dry wind, the smell of stew from the cooking pit, the crack of firewood under Artigas’ ax, his smell, his voice, his shadow in the dark.